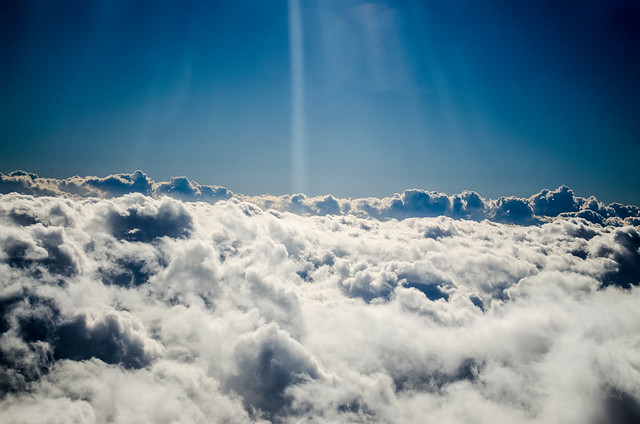 Once upon a long, long time ago… I jumped first and oh what a glorious rush it was. This flash fiction piece was inspired in part from a memory.

Racing against the sunrise, Josh climbed into his bright yellow Jeep Wrangler and barely warmed the engine up before popping it into gear. He needed to pick Kim up by 6:00 AM, so they could have breakfast before taking a road trip.

It was a their big day, things were getting serious now – the calendar said so, as did the fact he agreed to her hair brain idea. That had to stand as proof things were getting pretty serious. He let Kim choose how they would celebrate their three month anniversary and ended up worrying himself sick nearly everyday that week. That’ll teach him to not give control up so easily and put a little more effort into planning next time. His sweet Kim had said it would be adventurous and fun, but clearly they had different positions as to what constituted fun and adventure.

The moment Josh pulled in the drive, Kim busted out of the front door and leapt off the porch skipping toward the Jeep before he even rolled to a complete stop. He put the Jeep in park as Kim swung open his door to greet him. “Good morning sunshine. Happy Anniversary!” Her eye’s sparkled with energy and excitement.

“Good morning and Happy Anniversary to you too Miss. Bright-eyed and bushy-tail.” He said as he swung her up in his arms and spun her around in tight circles before letting her slide slowly down his body to let her feet touch the ground.

“Are you ready to head out?”

“Yup. I just need to grab my gear from the garage. Come help me.” She said while tugging the bottom of his shirt and pulling him along.

In mere minutes the Jeep was loaded and they were off to the local hole in the wall coffee shop that served giant sized flapjacks that hung over the edges of oversized plates. Breakfast was set before them and Kim made a quick grab for the maple syrup first and scuttled in the red cracked leather booth to standup on the cushion and said, “Check this out. The higher you go, the stronger the pull.” She extended her arm above her head, aimed and squeezed the sticky syrup sky-high over the flapjacks. “Isn’t that amazing? Look at the way gravity works.” She was intentionally goading him with a smile.  Josh couldn’t help but laugh. It was this spontaneity and craziness that kept him coming back for more. She balanced him in ways he couldn’t even begin to understand. “Yes, that is amazing. I’m particularly fond of the way the syrup goes splat when it hits the flapjacks. I really don’t want to spoil your fun, but we better hurry. We got a long drive ahead of us and I’m sure you don’t want to be late.”

They arrived on time in Lake Elsinore, at the X-treme Air Sports Skydiving center. They proceeded to sign in and go through a ninety-minute crash-course instructional training and then completed a video of declaration absolving the company from any liability, injury or death. Once up in the small plane reality set in for Josh, and hit him like a roundhouse kick to the chest making it difficult to breath. Panic was creeping in. He couldn’t do this. No way was he jumping out of a plane to plummet to his death on this very day. Not going to happen. Nope. The instructors started moving around and signaling each other and then moved Kim into position to check her gear, so she could jump first. Swallowing hard he said, “I don’t know how in the world you got me to agree to this. I must be seriously insane to go this far.” She grinned over her shoulder, and shouted over the planes propellers, “It’s too late to change your mind babe! I’ll meet you back on the ground, and then we’ll go camping and fishing as you wished! Besides, insanity isn’t always a bad thing!” Then Kim leaned forward for a heartbeat and was gone with the wind. Just like that, she left him no choice but to suck it up, say a prayer, and take the plunge after her.

Jumping wasn’t scary for me. What was scary was the recorded statement I had to recite releasing the company of any and all liability claims including but not limited to injury or death. Now that got me a little jittery. I believe you only have memories from this life, so you got to live a little take risks. Otherwise, what do you have when you’re old and unable? How about you, any skydiving experiences or interesting risks?

“I’m just a girl in the world…that’s all you’ll let me be...” Southern California Native who gets in trouble for sarcasm, suffers from bouts of OCD, and listens to an eclectic range of music really, really loud especially while driving too fast. Turn up the Rap, R&B, Punk, Billy, Indie, Alternative, Classic, Folk, Metal, and Grunge, Melodic, Industrial, Electronic, Soul and so on you get the point. View more posts

I love to hear from you, so drop me a line here - Thanks! Cancel reply