I feel compelled to confess… many things, actually. Honestly, I didn’t expect much to emerge from this blog except to have a little cyber space of my own to motivate me and grant me the permission I needed to set aside my dedication to work and domestic responsibilities before they sucked every last bit of life out leaving nothing left behind.  Now, I realize I was quite selfish when starting this blog endeavor, and so what? It was my New Year’s resolution, not yours.  The first week went swimmingly well, but on the second week I was losing my resolve fast, and I was a bit lost and confused, so I started poking my nose into other people’s business and was pleasantly surprised by what I found. I discovered a brand new world of talented people with similar aspirations that I never really knew existed, at least not on this magnitude.  The more posts I read, the more nuggets of wisdom, inspiration and enjoyment I found.  The poetry, short stories, personal journals were all fascinating pieces of work, and I could browse all of this great content at no cost, wow – why didn’t anyone tell me this! Now, I look at others and their work with a newfound appreciation and a bit of envy at times. Also, I’ve discovered I’m a stat slut (naturally, size does matter) and there is no getting beyond that because I’m exhilarated every time I see the numbers grow before my eyes.  Moreover, I am honored and thrilled to have your readership.  Your support, follows, likes and comments have provided a bounty beyond compare that fills me up with the courage and determination to continue with what feels right, and that is to simply write something everyday. May our muses continue be amused and embrace as they dance face to face and whisper the words we long to hear.

I call out to you in the darkness
All tangled in the twisted sheets
Tossing and turning trying to find you
In the still of the night I reach out for you
My fingertips drift aimless about
Nothing to hold me securely in place
A cold chill fills the room with despair
Time passes by, yet you don’t seem to care
Sleep I beg of you please don’t evade me this night

At the risk of exposing my age, I must say that I’m very excited to see this man perform live with Paul Simon (bonus) next month. It’s going to be a magical! There are so many incredible songs that I grew up loving, here are a few favs: Brand New Day, Fields of Gold, Every Breath You Take, and this special diddy I posted for your enjoyment – Desert Rose. Also, I adore every thing recorded earlier with The Police too!

With one hand tucked in his pocket, he strolls down the street casually smoking a cigarette while looking for a treat.  Tonight he craves someone extra special to meet, one that will wither and scream as loudly as the nerve-numbing shouts blasting into his ears. The memories from the girls before had all faded away, and as the memories slipped away he felt disconnected. He grew tired of being alone, wandering the earth with no sense of purpose, no one to share time with or depend on him to get through their day.  Although, he vowed it would never happen again after a close call investigation, he caved and was out trolling the streets looking for someone new to play with. This time though he promised it would be different, so he would take his time in finding the perfect playmate. Even if it took all night or had to wait for another day.  He was intent on finding a real beauty, one that could sate him in every way.  She would be the chosen one, granted an extended stay. This time he planned to take proper measures to protect his precious treasure. He would care for her and see to it that she was nourished to sustain her life-force and the fight.  He could almost taste her bloodied lips crushed beneath his and the salty perspiration from her dampened skin.  He couldn’t wait to see his woman with fear and determination gleaming from her eyes, and then ultimately the sweet broken down surrender that he would demand.  In his mind, she beckons him and encourages his perversions and raw brutality. He needed this to feel alive, and nothing else will suffice.  He struggles to slow his steps as the eager anticipation grows.  He turns down a worn and beaten dirt path…

Ahh I feel so much better now that I got this out of my system.  I love spending a couple of wondrous hours out on the patio writing with my four legged companion. Now I think it’s time for a bit of culinary and bar-tending action – I’ve earned it.  Enjoy the weekend people! 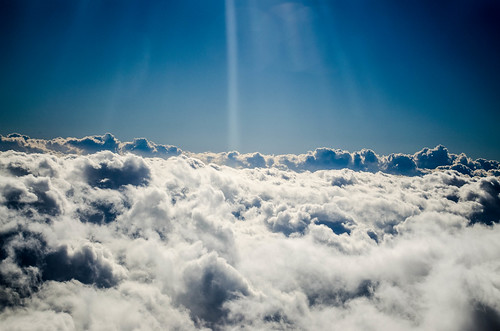 Once upon a long, long time ago… I jumped first and oh what a glorious rush it was. This flash fiction piece was inspired in part from a memory.

Racing against the sunrise, Josh climbed into his bright yellow Jeep Wrangler and barely warmed the engine up before popping it into gear. He needed to pick Kim up by 6:00 AM, so they could have breakfast before taking a road trip.

It was a their big day, things were getting serious now – the calendar said so, as did the fact he agreed to her hair brain idea. That had to stand as proof things were getting pretty serious. He let Kim choose how they would celebrate their three month anniversary and ended up worrying himself sick nearly everyday that week. That’ll teach him to not give control up so easily and put a little more effort into planning next time. His sweet Kim had said it would be adventurous and fun, but clearly they had different positions as to what constituted fun and adventure.

The moment Josh pulled in the drive, Kim busted out of the front door and leapt off the porch skipping toward the Jeep before he even rolled to a complete stop. He put the Jeep in park as Kim swung open his door to greet him. “Good morning sunshine. Happy Anniversary!” Her eye’s sparkled with energy and excitement.

“Good morning and Happy Anniversary to you too Miss. Bright-eyed and bushy-tail.” He said as he swung her up in his arms and spun her around in tight circles before letting her slide slowly down his body to let her feet touch the ground.

“Are you ready to head out?”

“Yup. I just need to grab my gear from the garage. Come help me.” She said while tugging the bottom of his shirt and pulling him along.

In mere minutes the Jeep was loaded and they were off to the local hole in the wall coffee shop that served giant sized flapjacks that hung over the edges of oversized plates. Breakfast was set before them and Kim made a quick grab for the maple syrup first and scuttled in the red cracked leather booth to standup on the cushion and said, “Check this out. The higher you go, the stronger the pull.” She extended her arm above her head, aimed and squeezed the sticky syrup sky-high over the flapjacks. “Isn’t that amazing? Look at the way gravity works.” She was intentionally goading him with a smile.  Josh couldn’t help but laugh. It was this spontaneity and craziness that kept him coming back for more. She balanced him in ways he couldn’t even begin to understand. “Yes, that is amazing. I’m particularly fond of the way the syrup goes splat when it hits the flapjacks. I really don’t want to spoil your fun, but we better hurry. We got a long drive ahead of us and I’m sure you don’t want to be late.”

They arrived on time in Lake Elsinore, at the X-treme Air Sports Skydiving center. They proceeded to sign in and go through a ninety-minute crash-course instructional training and then completed a video of declaration absolving the company from any liability, injury or death. Once up in the small plane reality set in for Josh, and hit him like a roundhouse kick to the chest making it difficult to breath. Panic was creeping in. He couldn’t do this. No way was he jumping out of a plane to plummet to his death on this very day. Not going to happen. Nope. The instructors started moving around and signaling each other and then moved Kim into position to check her gear, so she could jump first. Swallowing hard he said, “I don’t know how in the world you got me to agree to this. I must be seriously insane to go this far.” She grinned over her shoulder, and shouted over the planes propellers, “It’s too late to change your mind babe! I’ll meet you back on the ground, and then we’ll go camping and fishing as you wished! Besides, insanity isn’t always a bad thing!” Then Kim leaned forward for a heartbeat and was gone with the wind. Just like that, she left him no choice but to suck it up, say a prayer, and take the plunge after her.

Jumping wasn’t scary for me. What was scary was the recorded statement I had to recite releasing the company of any and all liability claims including but not limited to injury or death. Now that got me a little jittery. I believe you only have memories from this life, so you got to live a little take risks. Otherwise, what do you have when you’re old and unable? How about you, any skydiving experiences or interesting risks?

Inspired by Apple once again, so a round of applause where due. I rarely watch television and when I do it’s usually cable or a DVR program, so I tend to miss all of the cool commercials (game day releases excluded) but this one sucked me in last night. Although, they didn’t have to sell me because I’m already sold… enjoy!

Press Play You Know You Want To 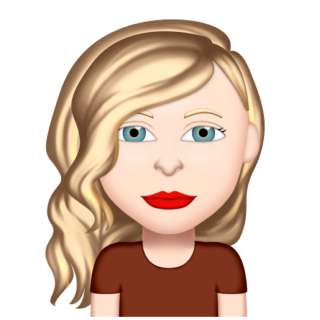 “I’m just a girl in the world…that’s all you’ll let me be...” Southern California Native who gets in trouble for sarcasm, suffers from bouts of OCD, and listens to an eclectic range of music really, really loud especially while driving too fast. Turn up the Rap, R&B, Punk, Billy, Indie, Alternative, Classic, Folk, Metal, and Grunge, Melodic, Industrial, Electronic, Soul and so on you get the point.

Exclusive Inflictions
Create a free website or blog at WordPress.com.